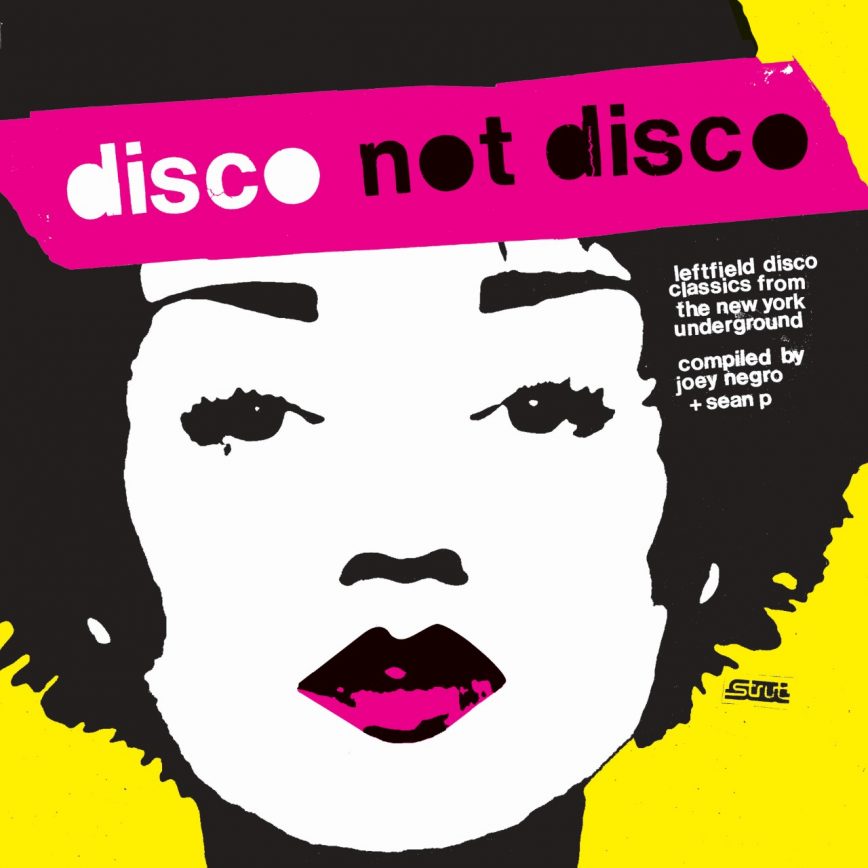 For Record Store Day 2019, Strut present the first ever repress since 2000 of the influential first volume of ‘Disco Not Disco’ compiled by Joey Negro and Sean P as part of the label’s 20th Anniversary.

‘Disco Not Disco’ was a perfectly timed compilation back in 2000. Released when interest in the myths, history and playlists of original New York clubs like Paradise Garage and The Loft was at its peak, the album drew on the outer limits of leftfield disco championed by Levan and Mancuso, bringing together unlikely dancefloor anthems by rock acts like Yoko Ono and Ian Dury, obscurities from cottage labels like BC and Splash and selected oddities from the unique mind of avant-garde hero, Arthur Russell. It was essentially a celebration of the sonic melting pot in New York during the early ‘80s, an era when punk had burnt itself out and disco had become commercial and saccharine; in its place, the post-punk movement threw up brilliant oddities which tore up the accepted rulebook.

Since its release, the compilation title has become a by-word for a whole genre of music and remains a landmark collection of its time. With original copies now changing hands for €100+, this new pressing is a welcome return for an essential celebration of disco’s difficult cousins. The album features full original artwork and Kris Needs’ sleeve notes and is remastered and cut by The Carvery.