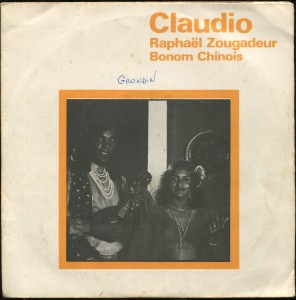 Claudio Veeraragoo is one of the biggest stars of séga music of the 60s and 70s. His stroke of genius was to marry séga rhythms with qawwali and Bollywood styles. He scored his debut hit, ‘Nou Manz Nou Larak’, in 1966, playing the accordion, and broke through as a major star with his cassette release, ‘Bhaï Aboo’ which exploded across the island upon its release. His songs were subsequently covered by French star Maxime Leforestier and Bollywood singer Shaan. Claudio has since brought séga to the four corners of the globe and, of all of the ‘70s artists, has remained one of Mauritius’ biggest live draws. Today, his son Michael, a drummer and producer, manages his father’s activities via their own production house, Kabana Music.