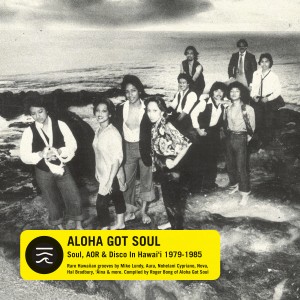 Funkier than most yacht-rock, and beachier than most funk, “Kona Winds” is three and a half perfect minutes of aural relaxation. The track originally appeared on the “Homegrown” compilation series in 1978, showcasing local Hawaiian artists. Today, the track fits comfortably in Balearic DJ sets and left-field funk mixes.

“I was out in Venice with DJ Harvey,” says Mark Barrott, “and “Kona Winds” came on the radio whilst we were sat by the beach having breakfast, looking at the early-morning surfers. I actually rang US directory assistance for the first and last time in my life to get the number of the station to get a track ID. I NEVER get bored of the spoken intro; last summer I was a little worse for wear in the middle of a DJ set by Es Vedra and I just looped the spoken intro and left it running for 30 mins… it sounded fine to me.”