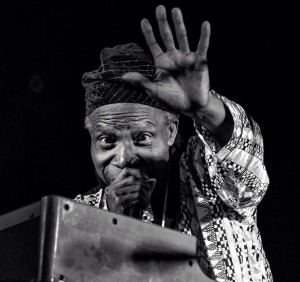 Veteran Nigerian saxophonist and pioneer of Afro soul and Afrobeat, Orlando Julius, embarks on his first set of US dates in over a decade this Autumn. Expect to hear tracks from his acclaimed new studio album with The Heliocentrics, Jaiyede Afro, alongside a host of classics from his incredible 50-year career including “Alo Mi Alo,” “James Brown Ride On,” “Jagua Nana” and “Ijo Soul,” the track which allegedly influenced James Brown’s “I Got You (I Feel Good).” It’s a one-off chance to catch one of Africa’s all-time great musicians, live and direct.

Jaiyede Afro is available now via digital retailers and the Strut Store.