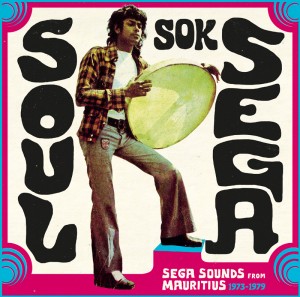 Séga is the traditional music of Mauritius (a small island off the coast of Madagascar) and is known as the “blues” of the Indian Ocean. The music was born during the 17th to 19th centuries by African slaves seeking relief from harsh conditions in sugar cane fields and on colonial land by dancing to improvised music incorporating rhythms from their homelands in West Africa, Mozambique, Zanzibar or Madagascar. From these diverse African influences sprang a new, insular dance and music, the séga.

Though initially looked down upon, by the mid-1960s séga music had become a symbol of national pride and identity for Mauritius. With the advent of electric instruments, the influx of funk, soul and jazz from the West and the growth of LPs, séga went commercial. Dancefloors started grooving to a more soulful, funky séga beat and séga artists popped up all over the island with a new generation of charismatic singers becoming national stars. Séga, sung in Créole, now united all the communities of the island. Mauritians from the European, African, Indian and Chinese communities, Hindus, Muslims, Christians, all danced and enjoyed séga. 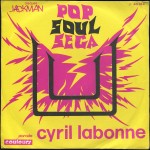 Following excursions into rare tropical and island sounds with the Sofrito series, and the Haiti Direct and Calypsoul 70 albums, we’re proud to present a collection exploring the incredible séga sounds that emerged from Mauritius during the 1970s, Soul Sok Séga, compiled by DJ duo La Basse Tropicale (Natty Hô and Konsöle), based in the neighbouring island of La Reunion. 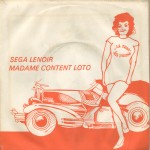 notes from long time Mauritian cultural champion, Percy Yip Tong, including new artist interviews, photos and original vinyl artwork. All formats (1CD / 2LP / digital) are unmixed, made up completely of tracks that have never been re-issued internationally. An accompanying European tour featuring Ti L’Afrique, Jean Claude and Claudio with an all-star band of original musicians is planned for Autumn 2016.

Pre-orders are available now, and a preview track (“Sega Lenoir,” by Les Stardust) is streaming below.