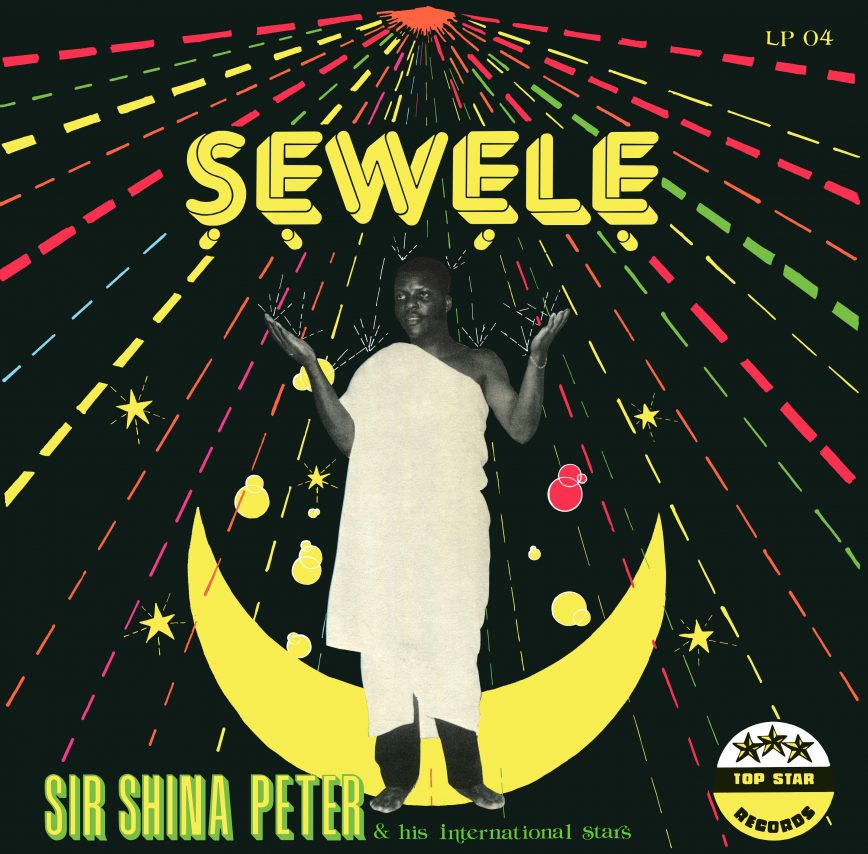 “‘Sewele’ represented a time of transition in my music career”, explains Peters. “I had branched out to start as a solo artist after spells with Ebenezer Obey, Prince Adekunle and Segun Adewale and I was trying to find my own voice and to play juju in a more progressive direction. This was an important time for me. Three years later, I had honed that sound into Afro-Juju, and my ‘ace: ‘Afro Juju Series 1’ album broke me as an artist.

On ‘Sewele’, Peters explored different themes on four extended juju workouts, showcasing his incredible guitar work and his sense of fun as the odd Bob Marley and Abba riff pops up in the grooves. The title track means ‘shower of blessings’: “it’s like a prayer for my fans throughout Nigeria and the diaspora.” The funky Afrobeat of ‘Yabis’ is about being proud to be African and not to follow American ways and ‘Agbe’ere De’ states proudly that Peters is coming again with something different: “I always wanted to get the message across to my fans that I was keeping things fresh and creating melodies and music that people would enjoy.” The final track, ‘Late Aboderin’, is a moving tribute to Peters’ mentor, the late Chief Aboderin: “He helped me in many ways including legal aid in a court case against a record label. He also bought a van to carry the band to concerts.”

This new reissue features all original artwork and a new sleeve note by Sir Shina Peters telling the story of the album and his wider career. The album audio has been restored by See Why Audio and remastered by The Carvery. Released 25 January 2019 on Strut.

Comprising 9 LPs and featuring all 4 volumes, the set also features a 24 page 12-inch-size booklet featuring previously unpublished interviews with artists […]
Management artist Tricky has released his autobiography to critical acclaim. It’s a fascinating read and we’re […]
We’ve been celebrating a big 20 years here at Strut in 2019 and taking a look […]