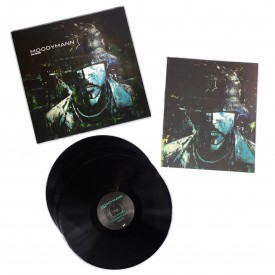 When we announced back in January that Detroit legend Moodymann would be mixing the first DJ-Kicks of 2016, we made an extremely limited quantity of lithograph prints of the album’s amazing cover art by Stefan Moerth to go along with pre-orders of the album. The prints went FAST, selling out completely in less than 48 hours. But. We have just a few prints left over, and to celebrate the release on Friday., we’re offering a chance to win both a limited print, and a 3LP copy of DJ-Kicks on vinyl.

To enter, simply email ‘moodymannprint@k7.com‘ by Friday 19th February. The winner will be notified by email on Monday 22nd February.