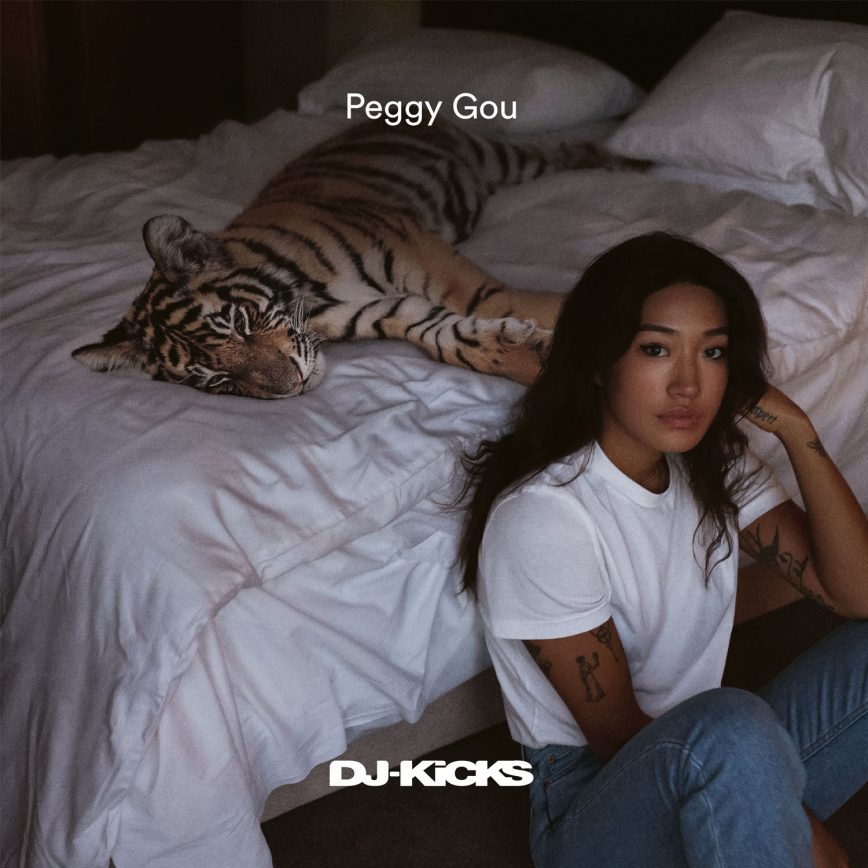 When Peggy Gou released her debut EP ‘Art of War’ in 2016, she made a list of career goals. One of them was to become the first South Korean DJ to play Berlin’s techno institution Berghain, an objective she achieved only a few months later. Another item on that list was to record an instalment of the DJ-Kicks series. “It’s the premier class of DJ mixes,” she says. “Some of my favourite selectors have contributed to it.” Now Peggy Gou can tick that off her list too as she proudly presents the 69th edition of the mix series.

The Berliner-by-choice started working on the mix last year. It was a busy time for the 28-year-old: she’d just scored her first Mixmag cover and her single ‘It Makes You Forget (Itgehane)’ was receiving awards and critical acclaim. Each month she would DJ in 20 nightclubs all over the world. And yet, the goal for her mix was ambitious: instead of trying to capture the energy of her DJ sets, she aimed to create a portrayal of her own musical journey. An 18-track listening session that takes you straight into Peggy Gou’s living room where she plays you the formative tunes from her collection. No genre boundaries – she moves across disco, house, techno and electro. No tempo limits – the mix ranges from 90 to 150 BPM. And no age restriction – the earliest tunes on the mix are from 1983.

The same level of attention was brought to the arresting cover artwork, in which the well-documented animal lover references both Korean iconography and the endangered status of the creature of the country’s foundational mythology, the tiger:

“I had the concept of this cover in my mind for a long time – as the first Korean woman to contribute to the DJ-Kicks series I wanted to do something from my heritage, so I chose the tiger, which is very important in Korean traditions and a metaphor for my personality,” says Peggy.  ”As it is not humane to shoot with a real tiger, I and the photographer Jonas Lindstroem used a library image to make a composite. The tiger ‘disappears’ when you turn to the inside-cover photo, to highlight that these beautiful animals are already extinct in my home country and in danger of disappearing from our world entirely”.

The journey through her record shelves kicks off with ‘Fluresence’, the 1993 classic by British ambient stalwart Spacetime Continuum, before Peggy throws in the first of the mix’s three exclusives, ‘Hungboo’. “It’s the first track I ever made,” she says of the mellow tune that features birdsong, muffled koto chords, phrase singing and heavy dub bass. Considering its long gestation – she started working on it in London and finished it in Berlin – the tune is an impressive testament to her growth as an artist and how she has strived to find her own musical voice.

Further down the track list you find tunes by her biggest influences such as Aphex Twin (‘Drukqs’ standout ‘Vordhosbn’) and Andrew Weatherall (his 1990 remix of Sly and Lovechild’s ‘The World According To Sly and Lovechild’), as well as tracks by rising artists such as Deniro or JRMS. The latter’s contribution is a secret weapon from Peggy’s recent DJ sets which will eventually see full release through her brand new imprint Gudu Records.

The other exclusives come from Milanese duo Hiver, who deliver the hypnotically pulsating banger (‘Pert’), and Parisian house auteur I:Cube, who shared a hard-drive of unreleased tunes with Peggy when he remixed ‘It Makes You Forget (Itgehane)’. “After he allowed me to use a track for my mix, he lost all the files”, she says. “I had to send him back his own track and he renamed it from ‘Unreleased’ to ‘Cassette Jam 1993’.”

With I:Cube’s hazy, sample-laden house track fading out, Peggy Gou takes the needle off the record and the 73-minute listening session comes to an end. A listening session that highlights her distinct taste and deep interest in music and shows that her journey has just begun.