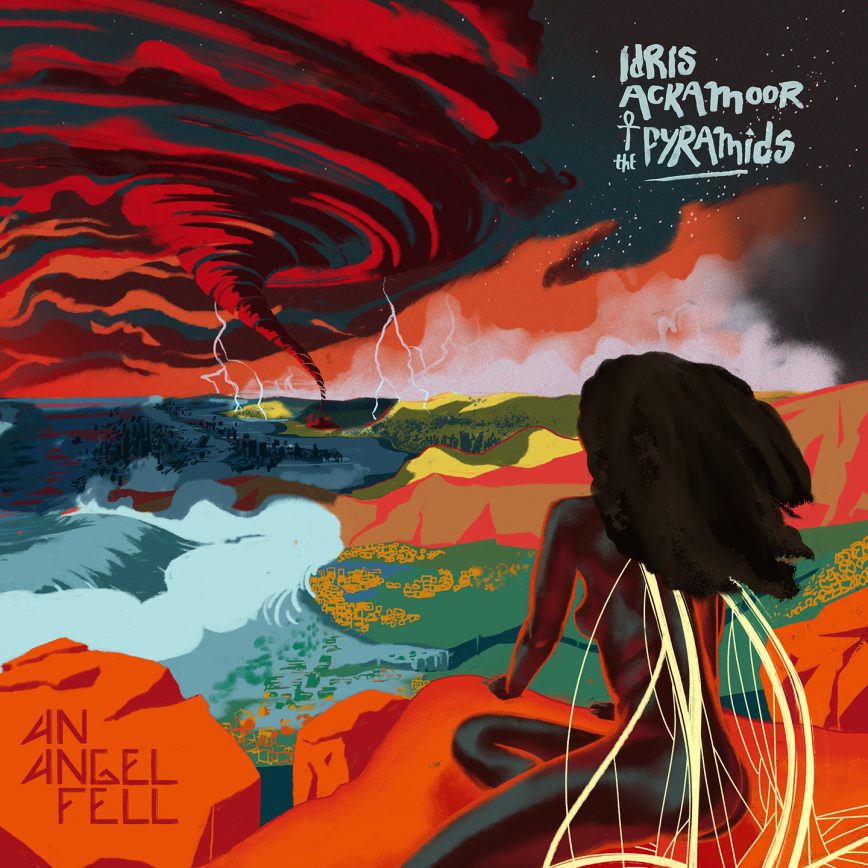 “The new album is complete fire – right in the moment.” Gilles Peterson

Strut presents the brand new album from cosmic jazz travellers The Pyramids, led by saxophonist Idris Ackamoor, ’An Angel Fell’. “I wanted to use folklore, fantasy and drama as a warning bell,” explains Ackamoor. “The songs explore global themes that are important to me and to us all: the rise of catastrophic climate change and our lack of concern for our planet, loss of innocence and separation… but positive themes too, the healing power of music, collective action and the simple beauty of nature.”

Produced by Malcolm Catto of The Heliocentrics, the album was recorded during an intense week at Quatermass studios in London and is one of the deepest, richest works yet from a band reaching their highest creative peak since the early ’70s. Some of the many highlights include the poignant title track depicting a fallen angel in purgatory, outrage and grief on the powerful, hard hitting ‘Soliloquy For Michael Brown’ and the lilting, beautiful album closer, ‘Sunset’.

The Pyramids originally came together in 1972 at Antioch College, Yellow Springs, Ohio where teachers included renowned pianist, Cecil Taylor. After forming in Paris and embarking on a “cultural odyssey” across Africa, the group recorded three independent albums, ‘Lalibela’ (1973), ‘King Of Kings’ (1974) and ‘Birth / Speed / Merging’ (1976) and became renowned for their striking live shows, mixing percussive, spiritual and space-age jazz with performance theatre and dance. After migrating to San Francisco, they disbanded in 1977. 35 years later, the band reunited in 2012 following growing demand for their music from vinyl collectors. German label Disko B released the freeform album ‘Otherwordly’ and in 2016, they released their first album for Strut, the acclaimed ‘We Be All Africans’.

‘An Angel Fell’ is released on Strut on 11th May 2018 and features full hand-painted artwork by Lewis Heriz. It’s out now 2LP, CD and digital formats.