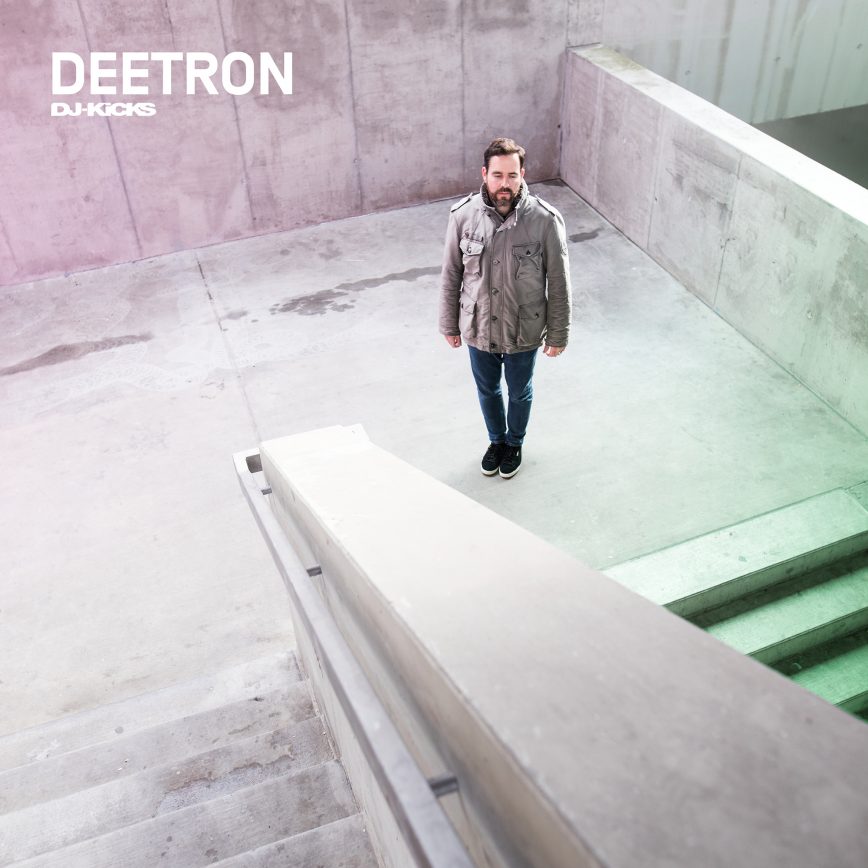 The latest DJ-Kicks comes from Swiss DJ and producer Deetron and features an exclusive solo track as well as exclusive collaborations with Steve Spacek, Jinadu and Jamie Lidell, alongside two unreleased tracks from DJ Bone. As one of the most famous musical exports from his Swiss homeland, he has pretty much done it all from fabric and Balance mix CDs to running his own label, from essential albums like Twisted and Music Over Matter on Music Man Records to a genre-spanning body of remix work as recently showcased on Re-Creation – Remixes Compiled.

This landmark mix shows off his timeless style and passion for the nostalgic emotions associated with Chicago and the serene machine soul of Detroit. Selected from records that have resonated with him over the years and that continue to conjure strong feelings, it also features various vocals from friends “in the style of a traditional mixtape,” explains the artist.

“Over the years I have worked on bringing techno and soulful vocals together and I wanted to represent that in the mix. On the technical side of things, the mix represents my work as a producer and remixer as well as my aim to recreate tracks using three decks when deejaying. A large part of the mix was recorded using three decks but I also included a section which I approached more like a production or remix.”

Deetron DJ-Kicks is out now and available on CD, 2LP and digital formats.