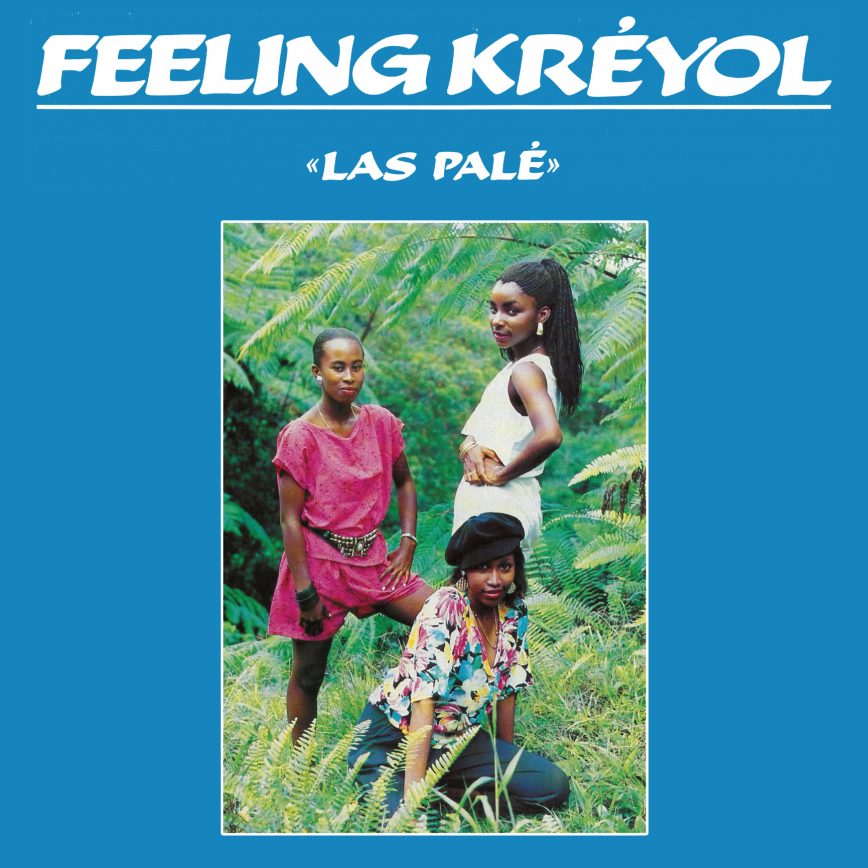 Strut present the first ever international reissue of in-demand ‘80s zouk LP ‘Las Palé’ by Feeling Kréyol, out of Guadeloupe.

Producer Darius Denon explains: “This was 1988 and bands like Zouk Machine and Kassav were huge. I had met producer Frankie Brumier when I was performing at festivals and parties and he wanted to record a girl group so we began scouting venues, mainly around the Grande-Terre district in the island’s capital, Pointe-à-Pitre. I ran auditions and picked out the best three voices – Fabienne, Leïla and Yolande.”

Recording at a studio in Le Gosier, Denon trained them to sing the songs and spent around 6 weeks recording the album: “I gave them a couple of compositions that I had planned for my own solo album. I remember that we all got on really well; the sessions were fun.”

The title track ‘Las Palé’ was the lead track pushed as a single and achieved modest success domestically. The band did a few promotional performances in the island’s discotheques but, in the end, the album stalled. “Studios were expensive and there was no cheap technology as we have now. So, the producer ended up cutting corners with the production – the mix was not completely finished and the voices were not synchronised right to some of the tracks.”

For Denon, he continued his career to the present day, successfully moving to Paris and breaking through with the hit ‘Je t’emmene’ in 1998. Meanwhile, although ‘Las Palé’ turned out to be Feeling Kréyol’s only recording, the interest in the album has grown in recent years with the title track’s lo-fi charm finding its way into sets by Invisible City and onto Red Light Radio and more. This first full reissue is remastered by The Carvery and features full original artwork along with a new interview with Darius Denon. Out on Strut 16th NOVEMBER 2018.