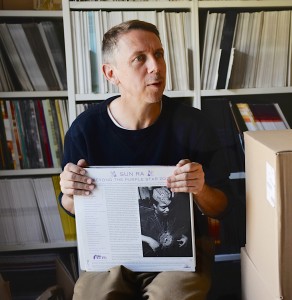 In the second of two video interviews produced alongside his Sun Ra collection To Those Of Earth… And Other Worlds, Gilles Peterson gives the backstory to four of his favorite Sun Ra recordings. The legendary BBC6 presenter recounts how John Peel gifted him an original Saturn pressing of the track “Dreaming” on 7″, how Lanquidity never left his crate in the Mo’ Wax era, and other stories about the role specific Sun Ra recordings have played in his life and career. From a man who has had his finger on the pulse of jazz’s evolving trajectory throughout his life, it’s a fascinating viewing experience.

To Those Of Earth… And Other Worlds is out now on 2CD, 2LP (+ CD insert), and digital formats. Copies are available from fine digital retailers, and the Strut store.

Part one of the interview series can been seen here.