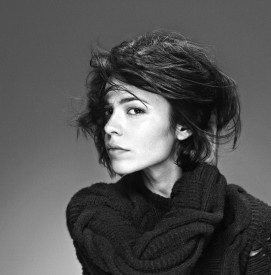 Nina Kraviz is one of the busiest DJs in the world, and her frenetic pace shows no sign of slowing in 2015. With her sublime DJ-Kicks mix dropping January 26th, she’s taking to the road for a series of DJ dates. If you haven’t caught a set from her before, you’re in for a treat.

In the meantime, stream a new track from Nina’s DJ-Kicks. “IMPRV” also appears on the debut release from her new label трип (pronounced ‘trip’), an EP called “The Deviant Octapus.” DJ-Kicks is currently available for pre-order.