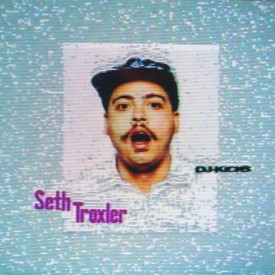 Named in tribute to famed Amsterdam club Trouw, “De Natte Cel” is an exclusive collaboration between Seth Troxler and Tom Trago, taken from the former’s forthcoming DJ-Kicks mix. The title is derived from Dutch slang for a trip to the restroom, and refers to the club’s basement shower room which became the setting for some legendary dance music parties.

Troxler will in fact be launching his DJ-Kicks in Amsterdam with an all-night party at Closure on the date of the mix’s release, October 16th. DJ-Kicks is available for pre-order via digital retailers, bandcamp, and the !K7 Store.