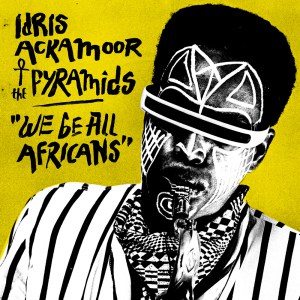 West Coast jazz mavericks, The Pyramids, led by their inspirational bandleader, Idris Ackamoor, return with a new album on Strut. Recorded in Max Weissenfeldt’s analogue Philophon studio in Berlin, ‘We Be All Africans’ is a sparkling set of Afro- jazz-funk fusions, from the infectious chants of the title track to the reflective “Epiphany” and the yearning, mournful future single, “Silent Days” featuring the brilliant vocals of Bajka. Hear the album’s title track below.

“We Be All Africans” is released 27th May 2016 on Strut Records on LP, CD & digital formats. Pre-orders are available now.

The Pyramids have been hand-picked by Floating Points to open the West Coast leg of their live tour. Dates below: