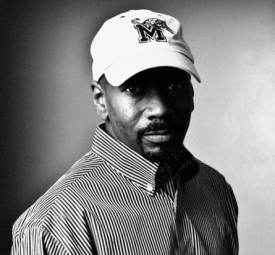 As the architect of the “Modern Funk” sound, DâM-FunK has always given respect to funk’s originators: genius musicians who contributed to lineage of funk in all its forms. It’s only fitting then that one of these influential figures, Chicago house legend Larry Heard, has stepped up to remix DâM’s DJ-Kicks exclusive track “Believer.”

Utilizing his “Mr. Fingers” alias, Heard teases and stretches the tight funk grooves to around the ten minute mark, lathering the beat in codeine smeared keys and shimmering pads in a heady trip  through  the L.A Hills and into coastal dance inter-zones.

A single featuring “Fingers Deep-Funk Remix” and backed with the DâM-Funk / Nite Jewel collaboration “Can U Read Me” is available now. A 12″ single is out Friday 5th August.