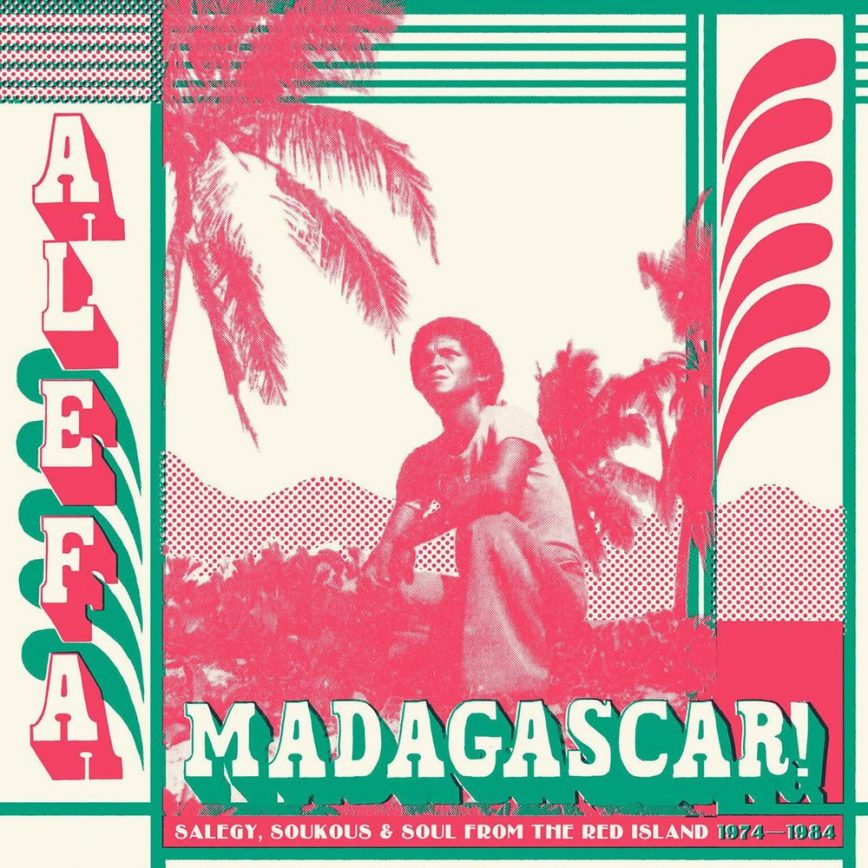 Strut continues its essential compilation series of Indian Ocean sounds with ‘Alefa Madagascar’, the first compilation to document the unique culture of salegy, soukous and soul on the island during the ‘70s and ‘80s.

Originating as far back as the 15th Century through folkloric ceremonial music and an a cappella chanting style called antsa, salegy emerged as a fast-tempoed local dance style based on 6/8 and 12/8 rhythms. By the ‘60s, radio was bringing in new sounds from the Congo, Mozambique, South Africa and Kenya and Jean Francois de Comarmond’s Discomad label championed a new generation of artists breaking the mould with their own new fusions of styles as electric instruments replaced the traditional. Local pop was sometimes referred to as tapany maintso (half-green) a reference to the stickers on singles from the other key label in Madagascar, Kaïamba, many of them produced by Charles Maurin Poty whose work was crucial in shaping the emerging genre.

‘Alefa Madagascar’ showcases the rich variety of sounds during this heyday of Malagasy music: Roger Georges’ ‘Mama’ and Jean Kely et Basth’s ‘Andosy Mora’ bring the raw energy of salegy, influential band Los Matadores drop military drums and Hammond soul in the classic ‘Andeha Hanarato’; Mahaleo’s ‘Izahay Mpamita’ showcases the band’s powerful folk sound, a crucial voice emerging from the Rotaka farmer and student protests of 1972, while Terak’Anosy Group work around a stomping Congolese guitar groove. The era paved the way for many of the household names of Malagasy music today including Jaojoby, D’Gary and Lego.

Flora Purim has been a cornerstone of fusion and Brazilian jazz for over 50 years. Her […]
We are very proud to announce that Detroit Forward, Theo Parrish’s mind blowing contribution to the […]
Strut have helped to rejuvenate the music of saxophonist Idris Ackamoor & The Pyramids in recent […]