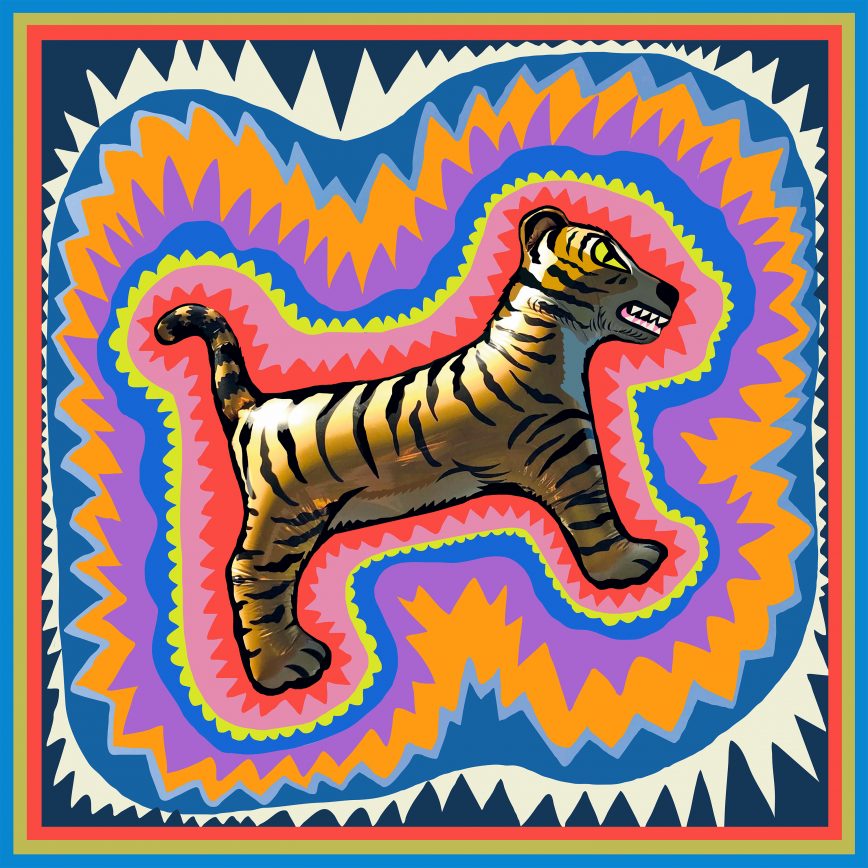 James Alexander Bright is set to release ‘Tigers Roar’ b/w ‘The Panther’ – a double header of big cat funk infused with “an off-piste sensibility that borders on psychedelia” (Clash Music).

‘Tigers Roar’ begins a series of single releases that lead to anew album, currently being recorded by James at his studio in Hampshire (should we mention that he’s also recording at Abbey Road studio?)

The rural setting and open skies have influenced his sound; snippets of bird song and other natural sounds can be heard in the songs, inadvertently captured recording ad-hoc vocals in the park or by the river. More traditional contributions come from Leo Wyatt (KINDER) and Ben Rowley on bass and Charlie Carroll on saxophone.

Though his music is audibly saturated with the spirit of sunshine, James mostly wrote and produced by the light of the moon, providing a lyrical juxtaposition to his sound. The songs draw back the curtain of escapism and encompass the real world. Sometimes oblique, sometimes explicit; the songs permit the listener license to draw their own interpretations as to their meaning.

“My life seems to revolve around the moon these days, I spend a lot of time in the dark hours so invariably I’m inspired by the things that people and creatures do in the dark. My creative process is always more charged at the end of the day. I sit down in the evening with just my laptop, MPC, guitar, headphones, tape deck and a notepad, and make music when inspiration comes.”