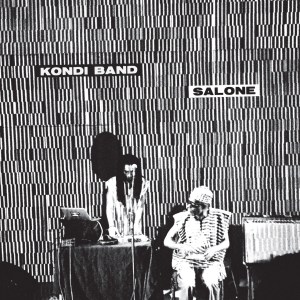 The album follows the release of 2016’s Belle Wahallah EP, which spawned a #1 Spotify Viral Chart hit in the form of the track “Yeanoh (Powe Handa Blingabe),” as well as The Freetown Tapes, a free collection of Kondi’s solo work in the early 2000’s, mixed by Chief Boima.

According to Boima, the new album “forges a direct link between techno born in the black cities of the American Mid-West, where I grew up, and roots African music. Sorie Kondi may be playing an acoustic folk instrument from Sierra Leone, but he thinks about music as if he were a techno producer.” It’s acoustic dance music that creates a sound as full and dynamic as any club track and, through Boima’s intricate production, the album subtly and skillfully integrates contemporary electronic sounds, keeping the simplicity and space in Sorie’s music.

The new track “Titi Dem Too Service” is streaming below.