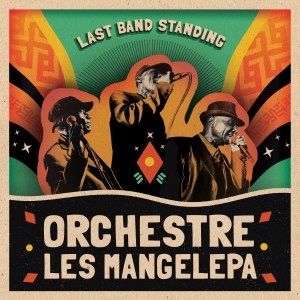 Prior to their formation, in the late 1960s, future members of Les Mangelepa were part of Baba Gaston’s band, L’Orchestre Baba Nationale, based in Lubumbashi in the Eastern Congo. During the ‘60s and ‘70s, Congolese Rumba had become the dominant musical force across Africa ad Nairobi became a magnet since PolyGram, EMI and other international companies had studios and pressing plants in the city. In 1973, Baba Gaston’s band recorded in Kenya and relocated there permanently in 1975. Evany (Kabila Kabanze) and Bwamy Malumona were the bandleaders and held a residency at the Aquarius Club in Ngara but within Baba Nationale there was unhappiness about how Baba Gaston was treating them. A breakaway faction recorded ‘Mbungu’ and ‘Kijana’ under the name Les Mangelepa as a side project and a split became inevitable. Led by the Evany and Bwamy, the majority of the members of Orchestre Baba Nationale soon quit and formed Orchestre Les Mangelepa.

Developing a regular residency in Nairobi’s Uhuru Park at the Park Inn, Mangelepa began to draw huge crowds. Their early recordings helped them to establish their authority, released on contemporary labels like Jojo and Tobina. Alongside a spectacular horn section they were known for their tight vocals and bittersweet, poetic lyrics and, during the late ‘70s, Mangelepa’s stage shows were an unsurpassed breath-taking circus. They held a wide appeal across a spectrum of Kenyans; Congolese (Lingala) music was hugely popular and Mangelepa’s Swahili lyrics used the genre and brought Kenyans together across ethnic divisions. The popular music of Kenya at that time included Benga from the shores of Lake Victoria and Chakacha from the coast; Les Mangelepa became skilful and adept songwriters, harnessing the energy from these other music styles.

The band’s fame spread across East Africa, scoring household hits in Kenya with songs like ‘Maindusa’ and ‘Embakasi’. In the late ‘70s, under George Opiyo’s management, they embarked on lengthy tours of Uganda and Malawi and returned to their long-running Nairobi residency at Garden Square. In 1982 they headed to Zimbabwe via Tanzania and Zambia and, after breaking into two factions, made several acclaimed albums including ‘Safari Ya Mangelepa’ and ‘Madina’ for PolyGram.

Their popularity began to wane during the mid-‘80s until, in the early 2000s, Tom Kazungu took over their management and began to help breathe new life into the band, recording ‘Mangelepa Millennium’. They took up new residencies at Tents Club on Mombasa Road and Simmers, right in the centre of Nairobi. In 2016, Les Mangelepa finally made it out of Africa, touring Europe including the Afrika Festival in Hertme, Netherlands. This new album, recorded by No Nation’s Guy Morley, encapsulates some of their best-loved material, re-recorded and brought up to date using the current personnel of their Nairobi Vibro residency. They represent a wonderful era of African music and justifiably warrant the title ‘Last Band Standing’.