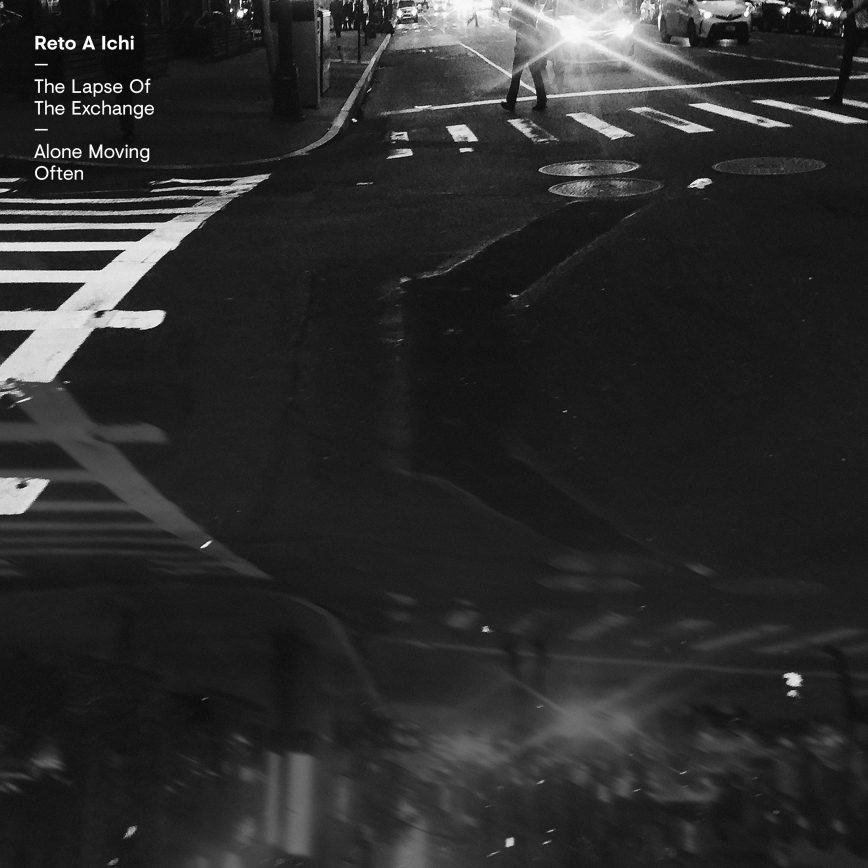 Reto A Ichi is a sonic tabula rasa for Guillermo Herren AKA Prefuse 73. There are identifiable elements of the artist you already know – an uncanny sense for rhythm, an ability to shape samples and frequenci- es like clay, an affinity for the subtle changes of repetition – yet this is first and foremost music born from the need for silence.
The first album, The Lapse of Exchange, is the sound of life as heard from a small Chinatown window in downtown Manhattan, the thunder of populism on the horizon. The album opens with music that reflects the inherent tension between the life of the artist – the self-doubt, the late nights, the aspirations – and the world outside – the hustle and bustle of a city that never sleeps, the wars abroad, the politicians at home. It’s a tension felt in the repeating, circling keys of “Let The Pianos Freeze”, the pulsating rhythms of “No Juntos”, or the call and response of pitched vocal samples in “A Sword In The Rain”. Ultimate- ly it all becomes too much for our unwitting hero: the car horns outside the window, the 24 hour news cycle, the early stages of an election that tears down any remaining semblance of normality. Reto A’ichi can no longer grasp his humanity or connect to that of people around him.

With the walls closing in, he packs his small life and escapes. This change in situation is reflected in the second half of the album, with tension giving way to a rush of emotions: modulated elation on “All Regrets”, sweeping melancholy on “Tuesdays Always Awful”, and soaring hope on “Broad Plant Pt.2”.

On Alone Moving Often, the second album, we find Reto A’ichi away from the city, lost in the vastness of empty summer houses and the complications that solitude brings. Sitting in the prison of his own quiet, Reto A’ichi seeks to capture the essence of silence: the compo- sitions are stripped back further (“Pforever Reto”), the instruments given prominence (“So Contra”), and the chaos of the city replaced by the cacophony of nature (“Criminality”). To be alone, one must learn to constantly move in both work and purpose. As the rest of the record unfolds, Reto A’ichi comes to realize that nothing is ever truly quiet and that to run from the world is to simply find yourself in another part of it. A sense of acceptance for these unsettling realities is reflected in the music, from the harsher tones and frequencies that resonate throughout “Noise Counter Melody” and “Ghost Arpeggio” to the heavy stroke of the keys on “Alone Moving Often” and the haunting drone of “Mountainside Hillside”. Out now on !K7.