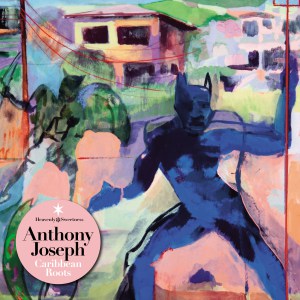 Listening to Anthony Joseph speak about his relationship to his Caribbean heritage on his new album is enough to make us want to pack our bags and spend some time on the islands. While that’s unfortunately not an option as much as we’d like, watching the music video for Joseph’s “Slinger” is the next best thing to being there in person. Filmed on location in Trinidad, the video tells the story of a man connecting with his roots, while paying tribute to one of Trinidad’s most legendary musicians, Mighty Sparrow.

Joseph’s new album (his sixth, and first on Strut) Caribbean Rhythms is out this week in partnership with Heavenly Sweetness on CD, LP & digital formats.