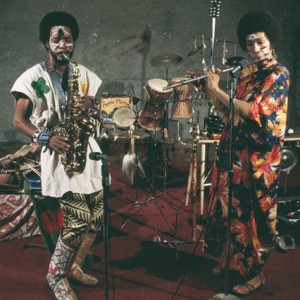 Alto saxophonist Ackamoor first met Margo Simmons (flute) and Kimathi Asante (electric bass) whilst students together at Antioch College, Yellow Springs, Ohio where one of their teachers was renowned pianist, Cecil Taylor. After founding the band in Paris in 1972, performing in Holland and embarking on a “cultural odyssey” across Africa, the group recorded three independent albums (Lalibela in 1973, King Of Kings in 1974 and Birth / Speed / Merging in 1976) and became renowned for their striking live shows, mixing percussive, spiritual and space-age jazz with performance, theatre, and dance. After migrating to San Francisco to perform on the Bay Area arts scene, they disbanded in 1977 after a
final show at the UC Berkeley Jazz Festival.

Almost 30 years later, The Pyramids reunited unexpectedly following growing demand for their music from vinyl collectors and jazz fans and embarked on the first of many European tours featuring original members, as well as a fresh line-up including renowned percussionist Kenneth Nash. In 2012 the group signed to German label Disko B who released a new album, the freeform Otherworldly and all three albums from their rare back catalogue. Idris was presented with a Lifetime Achievement Award by DJ Gilles Peterson at his Worldwide Awards and The Pyramids were back, gaining a whole new legion of fans.

For their new album, We Be All Africans, the group traveled to Berlin to hunker down in Max Weissenfeldt’s analogue Philophon studio. The result is a sparkling set of Afro- jazz-funk fusions, from the infectious chants of the title track to the reflective “Epiphany” and the yearning, mournful future single, “Silent Days” featuring the brilliant vocals of Bajka. Weissenfeldt released the first fruits from the sessions, ‘Rhapsody In Berlin’ as a limited 45 during 2015 and the album features the full unedited version.

We Be All Africans will be released May 27th on CD, 2xLP, digital and streaming and features superb illustrated artwork by Lewis Heriz. The album will be promoted in conjunction with Idris Ackamoor with a full touring programme via Planet Rock booking agency from Summer 2016. Pre-orders for We Be All Africans are available now.

‘We Be All Africans’ is a message of survival. A message of renewal. A message that we are all brothers and sisters. We are all one family, the human family and we need one another in order to survive on this planet that we all share. 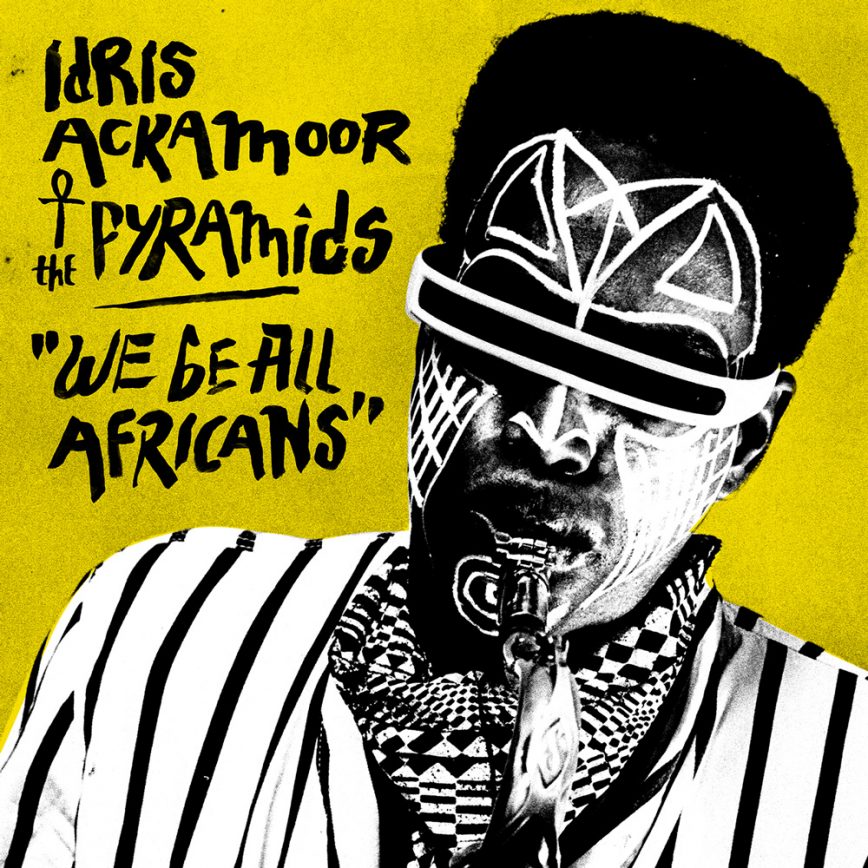