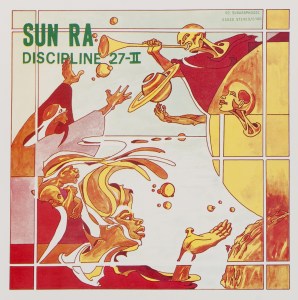 A product of the same sessions that would yield the legendary Space Is the Place LP, the recordings for the album took place on the 19th and 20th of October, 1972 at Streeterville Studios, Chicago, with the largest Arkestra line-up Sun Ra had yet taken into a studio session. The date was produced by Impulse! and Riverside veteran Ed Michel and, for the first time, the Arkestra was recorded in quadraphonic sound.

This first official reissue of Discipline 27-II was prepared in conjunction with Art Yard and Sun Ra LLC. The album is restored from the original master tapes and features complete original artwork and new sleeve notes by Francis Gooding.