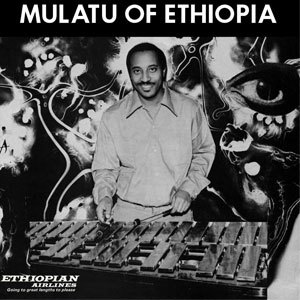 Strut present the definitive official reissue of this landmark album in the field of African music originally released in 1972. Available now.

Recorded in New York, Mulatu of Ethiopia arrived at a time when Astatke had begun to master the delicate fusion of styles needed to create Ethio jazz. The album represents the first fully formed document of his trademark sound. It features ‘Kulunmanqueleshi’, ‘Dewel’, and ‘Kasalefku-Hulu’, tracks that Mulatu would return to regularly on singles and in live shows, the Ethio-Latin workout ‘Chifara’ and the self-titled groover ‘Mulatu’: “I wanted to make a track for myself!”.

The vinyl version is available both as a standard 1LP format, and as a limited edition 3LP 6-panel gatefold set. The 3LP deluxe edition features the stereo album master, a pre-mix mono master and a selection of out-takes from the sessions, giving the listener rare access to the DNA of the studio process. The full original album will also be available on CD and digital formats. All formats feature a new interview with Mulatu Astatke and rare photos.