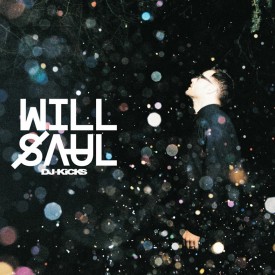 Will Saul is a bit of an electronic music renaissance man: DJ, producer, A&R, and label head of the respected Aus Music and Simple Records labels. He’s also coming off of a big year in 2013: not only did he release his debut album under the alter ego Close, an avant guard dance-pop project that called upon high profile collaborators like Scuba and Appleblim, but so too did he make his debut in the live arena at clubs like London’s influential Fabric. With all of this under his belt, we knew a DJ-Kicks mix would be a banger, but Saul makes it clear that he’s aiming for something even more special.

“I wanted the mix to represent how I DJ in the sense that the majority of my sets are made up mainly of my own, or my label’s, unreleased or forthcoming music. Hopefully this gives me something unique as DJ, not just as I play tracks that no one else has, but also because they are artists and tracks that I love enough to want to sign, so they really represent what I love about electronic music.

“With this in mind, I approached all my nearest and dearest for some tailor made exclusive tracks. The result is hopefully a mix that rekindles the thing I loved about listening to mixes 20 years ago – that unknown aspect where each new track is a surprise. In a time when all music/track IDs and myriad mixes are accessible at the click of a button, I hope this makes for something a little more interesting.”

For an idea of the excitement possible with this approach, take a listen to an exclusive new Bicep track from the mix, below. Will Saul’s DJ-Kicks mix will be released on June 16th on !K7. Full tracklist below the soundcloud player.

Pre-order DJ-Kicks on iTunes and receive this track immediately.